How To Save Money On Auto Insurance

BE A GOOD RISK

There are two primary factors that make someone a good risk: a clean driving record and a clean claim history. Don’t bother trying to scam the system by lying to the agent about either. They don’t take your word for it. Every time you apply for auto insurance, the company runs two reports on you.

One is the MVR. It’s a motor vehicle report that queries DMV records and pulls up any tickets you’ve gotten in the previous five years. The other is CLUE report. It queries your insurance records (yes, you have an insurance record. And an insurance score – more about that later.) Any claims you’ve made against your insurance policy() in the past five years – even if you’ve changed companies – are listed. Activity in either report will increase your premium rate.

It’s a no-brainer that you should avoid traffic tickets for texting, speeding, moving violations, and heaven forbid, a DUI or hit and run (the latter two making you nearly uninsurable.) But you should think it through before filing a claim, too.

Same goes for a not-at-fault accident. Those also count against you. I know, I know! That seems unfair. But remember, the insurance company evaluates you as a risk. They don’t like people who seem to be magnets for risk whether it costs them or not. They believe eventually it will.

Our office recently quoted a guy in his late 20s, driving a 2017 vehicle, $19,800 for a SIX MONTH premium. His insurance score was a 31. His best legal option was to quit driving for 3 years until his wrecks and violations fell off his record. No joke.

So, here’s the best things you can do to raise your insurance score and save money on auto insurance.

KNOW THE IMPORTANCE OF “COST NEW”

A man called in to our agency incredulous at his multi-car policy premium. He saw the cost for insuring his 2004 “beater” Lexus sedan was about 40% more than the cost of his “good” 2018 Chevy sedan. To him, “this makes no sense!”

But it makes sense to the insurance company who will have to put new parts on that old Lexus if it’s wrecked. That’s why insurance companies heavily factor in the cost of an automobile when it’s brand new when assigning a premium to insure it.

So if you want to save money on auto insurance, don’t buy a used luxury vehicle just because the depreciation hit was taken by the previous owner. The luxury car retains its luxury insurance cost.

If an agent offers to add towing coverage to your policy because it’s cheap – about $4-6 per month – just say no. If you have it, remove it. Why? Remember every claim against your policy will raise your premium for the next five years. That applies to $75 towing claims. What is cheap in the short run is expensive in the long run.

Here’s what you do instead. Buy a AAA membership for $100 per year if you feel like you’ll need to be towed or just want that security. But you don’t really need to buy that either if you have a smart phone. You can find a 24-hour towing company near you and call them if and when you have an emergency. Why pay for coverage you probably won’t use?

DON’T BE A CAPTIVE AUDIENCE

The best thing you can do to save money on auto insurance, regardless of your credit or insurance scores is to buy your policies from an independent insurance agent. Independent agents can shop your policy with multiple companies to get you the coverage you need at the best price. Captive policy companies (such as State Farm, Allstate, Geiko) can only sell you their policies at their price.

I could kick myself for staying with State Farm for 35 years out of blind loyalty. When I finally thought to ask if they would lower my premium with a loyalty discount of some kind (also had home, life, and personal articles policies with them), they simply said “No.” I’m sure I threw away thousands of dollars over the years. 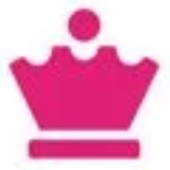 The Purpose of Invest